Over the past several years, US foundation assets have been steadily climbing. The combination of strong financial markets and substantial gifts over the past five years propelled total assets of US foundations to just over $1 trillion in fiscal 2017, breaking the trillion dollar mark for the first time ever.

More importantly, grant making has been steadily rising along with assets.  Over the past 5 years foundations increased their philanthropic support from about $60 billion per year to over $75 billion, over $320 billion over the period. Much of this support can be attributed to investment returns which enable foundations to maintain their giving levels.

Will Foundation Stay in the Trillion Dollar Club?

We hope so, but it is unlikely for 2018.  Foundation Advocate thinks it’s more likely that 2018’s tougher investment environment, preliminary FoundationMark estimates for foundation investment performance show a negative 5.6% median return for the year ended December 31, 2018,  will cause a dip to “only” $950 billion or so. 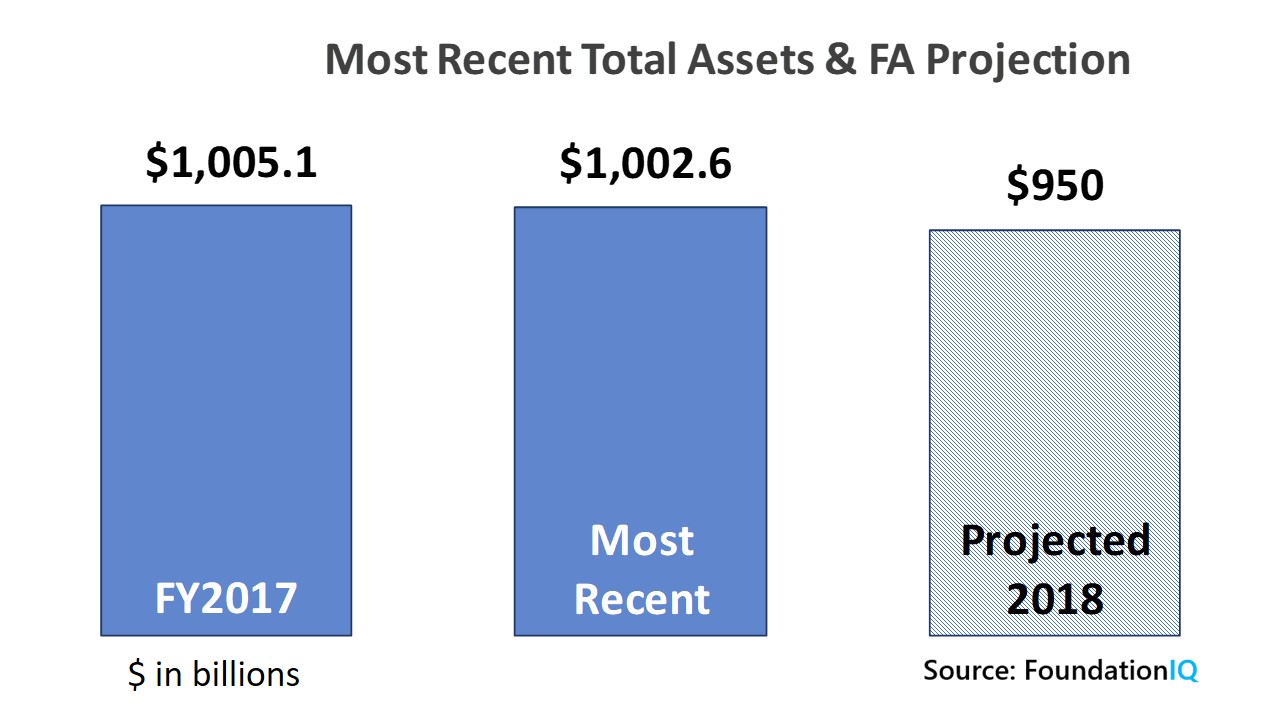 Early 2018 returns are already showing the direction of foundation assets as you can see in the chart with the most recent total asset values down a bit from FY2017.  As 2018 filings come in, (foundations file tax forms on a rolling basis according to their fiscal period and applicable extensions so there is a time lag between the closing of the books and IRS reporting, but we will keep you up to date as filings come in).

Markets got off to a strong start in 2019, so hopefully, that will mark a return to the trillion dollar club!